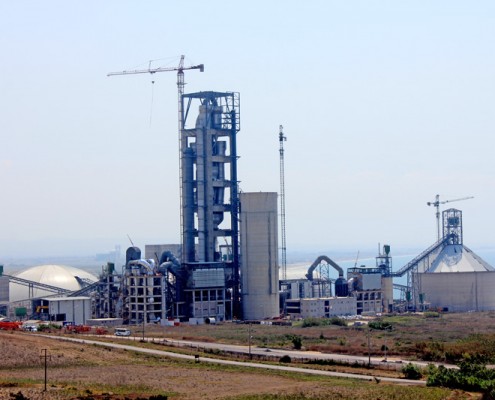 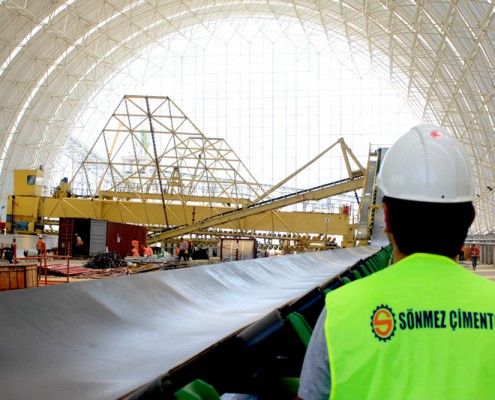 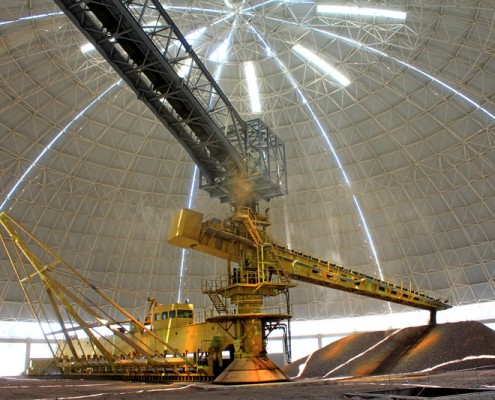 Sönmez Holding, Kutlucan Group and Türkün Holding including also the founder and partners of  SANÇİM Çimento, which continues its sales activities in Marmara, Central Anatolia and Aegean regions swiftly, have decided to make a huge investment to cement sector determined by them to be the growth field in 2012. In line with that decision, the integrated cement factory started production under “Sönmez Çimento” brand in October in Adana Yumurtalık TAYSEB Free Zone.

The factory which was started to be constructed in 2012 has also the feature of being an environment-friendly factory not only by being designed in accordance with the current Environmental Legislation through the state of the art technology dedusting systems but also using alternative fuel and renewable power resources. Being quite near to raw material resources with its area of 413 decares and 220 employees, Sönmez Çimento is the first cement factory of Turkey which was permitted to be built in Free Zones. Besides, the factory being only 4.5 km far from the port offers the best service to its customers by availing that advantage. Sönmez Çimento will further fortify its competitive advantage with the port project estimated to be completed in early 2016.

Sönmez Çimento will realize a production of 1.7 million ton clinker and 2 million tons cement annually, and it will make a positive contribution to our country’s export targets for 2023 by exporting 85% of its sales. Sönmez Çimento will play a significant role in Turkey’s cement export in 2015 as being a stable brand within its area.

The symbol of traditional comfort and service concept of Baia Lara and Baia Bodrum Hotels has been renovated to offer our guests to provide a pleasant and relaxing stay with much better service. Comfort, Entertainment and Services are at the forefront of a new presentation, Baia Lara and Baia Bodrum Hotel, offers its guests an excellent 2015 Summer Season unforgettable holiday on experience.

Modern and compatible with the nature of the Baia Bodrum Hotel with minimalist architecture, in the heart of the Aegean Sea in Bodrum, in Gundogan.  All renovated rooms, the development of concepts, institutions, the Maximum Comfort and Entertainment for Guests, Sönmez Holding’s first investment in the Tourism Sector.

Located in the popular resort of Antalya Kundu, Baia Lara with his advanced concept and renovated residential areas, it offers its guests, a downtown hotel comfort and a resort hotel concept combines both.

Sönmez Holding investments in Tourism Baia Lara, Baia Bodrum, Montebaia Uludag, Baia Bursa, unlimited comfort and continues to welcome all guests with impeccable service quality. Tranquility, the name of the pleasures of a holiday full of entertainment and Baia. 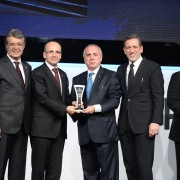 “Economy Contributors” awards were given to their owners with a spectacular ceremony organized in Merinos Ataturk Congress and Culture Center for the 41st time this year by Bursa Chamber of Commerce and Industry (BTSO).

Cemil Sonmez, the member of Sonmez Holding Management Board said, “We are glad and proud to receive awards at such a night. We were deemed worthy of award with Sonmez Tourism and Baia brand. We will continue to endeavor in order to improve our brand.”